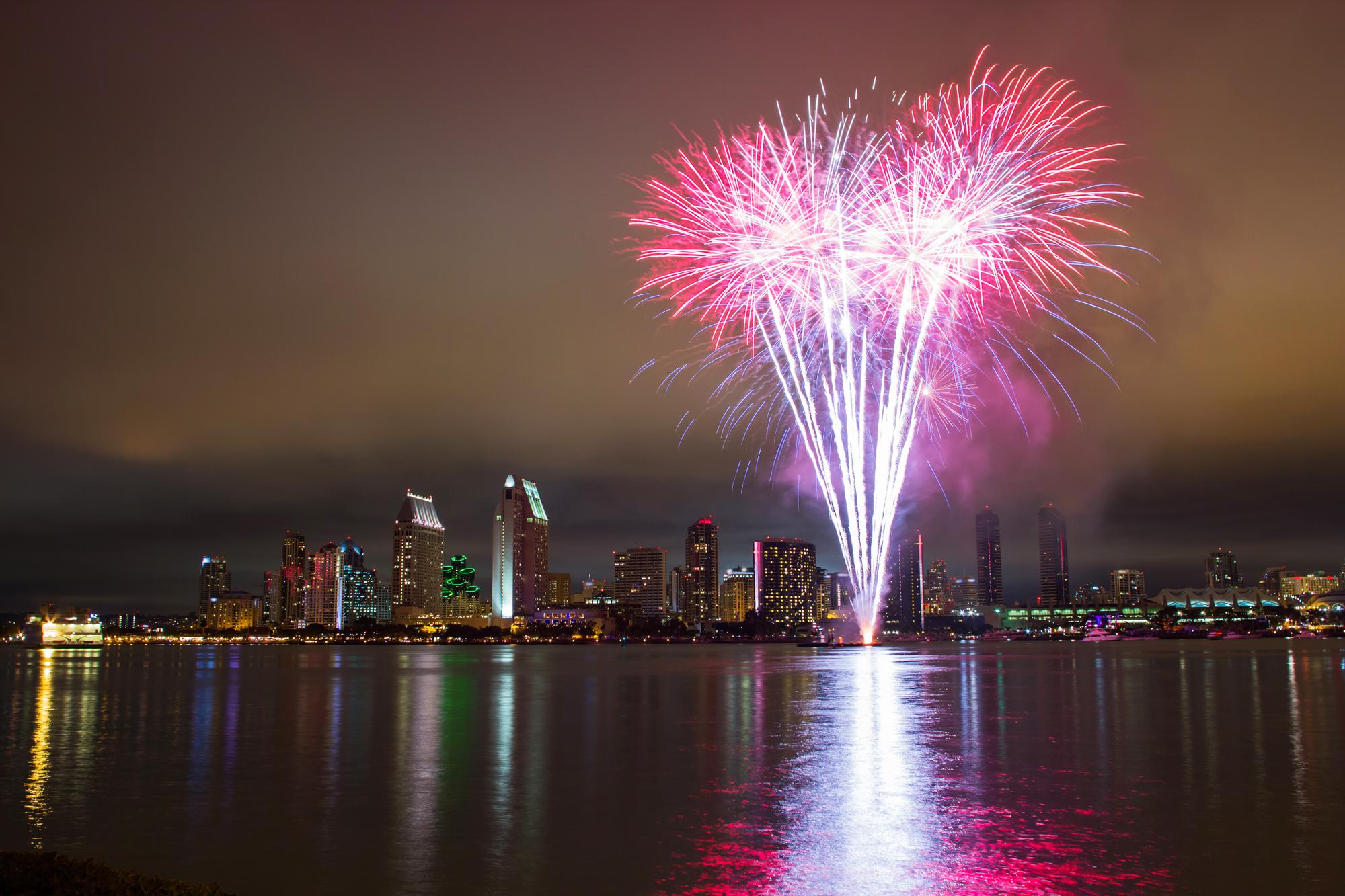 California’s largest Fourth of July fireworks display is making a grand return in 2021! It’s no secret that people travel from far and wide to catch a glimpse of San Diego’s coastline. With the region’s fine weather, exquisite sunshine, and beautiful ocean views, San Diego ranks as one of California’s most coveted spots. This 4th of July holiday, residents and visitors alike can enjoy all that San Diego has to offer, plus an elaborate fireworks show, slated to honor America’s spirit of freedom and celebrate Independence Day!

The Port of San Diego is planning the ever-popular “San Diego Big Bay Boom” event for Sunday, July 4th at 9 pm. The San Diego sky will be lit up with some of the area’s most dazzling and colorful fireworks thanks to coordinated pyrotechnic displays set off simultaneously from four separate barges in the San Diego Bay. You don’t want to miss the city’s spectacular and sophisticated tribute to the 4th!